5 Crazy Easy Ways to Stand Out in Facebook Groups 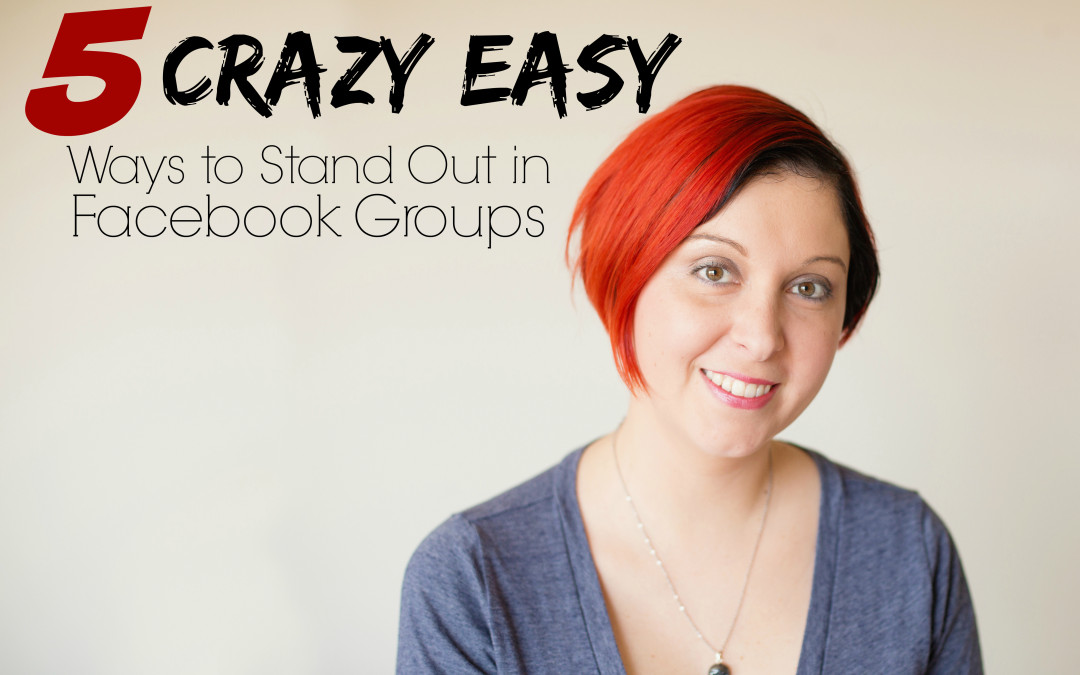 You’ve heard it a million times: Facebook groups are where you need to be.

It’s where all your clients are hanging out. Hell, I’ve even said this myself (and still do), because I truly do believe that Facebook groups are the #1 place to find clients (it’s free, fast and easy).

But how can you possibly stand out in Facebook groups when there are millions of other people with the same idea? How can you show up as the expert and not drown from the noise of everyone else?

Here are 5 easy ways to stand out in Facebook groups:

That’s right - it really is as simple as that. Just be yourself. Be authentically you.

Don’t try to change anything about yourself - just be who you are. I promise that is good enough.

2. Use your own voice

The only way you can really, truly, be your authentic self is to speak in your own voice. What I mean by this is that you should speak online as you normally would offline.

Speak as if you’re talking to a friend. Someone you really trust. Someone who won’t judge you for anything you say. Pretend you are talking to that one friend every single time you go to post anything in Facebook groups (or anywhere else online, for that matter).

Use the same words and the same language online as you would off. It makes all the difference.

When I say to be bold in Facebook groups, I simply mean that in order to stand out, you can’t be the same as everyone else or you’ll just blend right in and no one will ever know who you are.

Use bold images, bold photos of yourself, bold colors, even bold language. Be yourself, but also be the bold version of yourself.

I don’t mean you have to swear or use bright colors and images (unless that’s your thing), but do something that makes you stand out from everyone who is, in fact, playing it safe.

Both are fine and dandy - but if you want to actually stand out from everyone else using the exact same type of photos, you need to do something different.

A life coach I once worked with focused a lot on FUN and so, many of her photos included balloons (which is so fun and different!).

Do something a bit different and unique and you’ll stand out without issue.

The only reason I’m including this on the list is because SO MANY people ignore the consistency part of marketing yourself in Facebook groups.

Yes, it’s a lot of work (in the beginning). Yes, it can get boring. Yes, it can even get frustrating and feel like it’s not working - but if you’re consistent, yo WILL become successful and well-known in these groups.

Most people aren’t consistent. They’re all gung-ho in the beginning and then they get lazy, or bored, or frustrated, and they slack off (or give up altogether).

You’ll easily be able to stand out just by consistently showing up every day, without fail.

And there you have it - 5 simple steps to stand out in Facebook groups! Remember, this stuff won’t work unless you apply it.

If you want to dive a little deeper with this, I’ve created for you a list of 20 different ways to find PAYING clients in Facebook groups. Download it HERE for free and start standing out and signing on new clients!