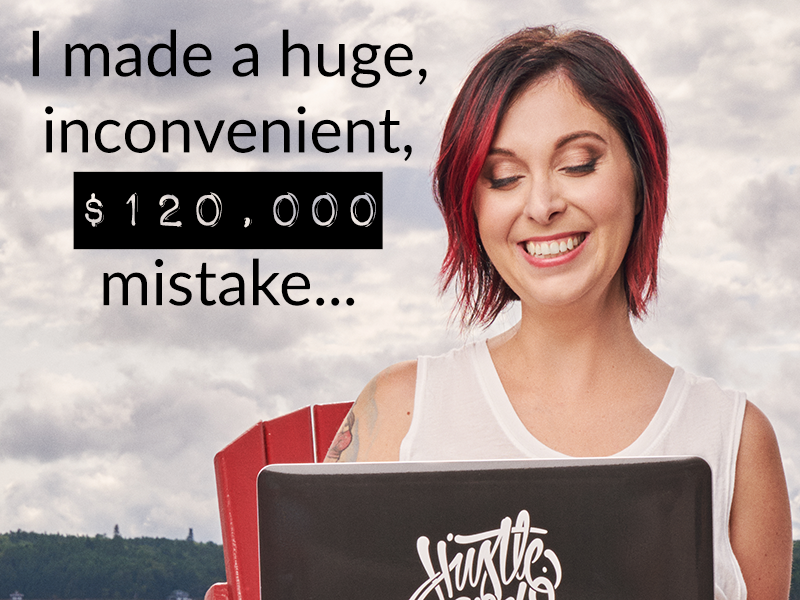 It’s been less than a year since we moved into our current home, which, when we first did so, I lovingly named the Conscious Creators Castle. We’re not moving because the house sucks or because it’s too expensive or because we hate the neighborhood.

We’re moving because we don’t like living in a big house.

To myself, to my family, to others?

“Hey look at me, I make so much money that I can afford this huge house!”

And yeah - maybe that’s true, but… why would I? Live in a huge house, I mean…

When I first found this house, it was so gorgeous, so luxurious, I had to go and see it, which just made me fall in love with it more. I felt so good when I was finally inside, imagining my family and I living there. So I said YES, WE’LL TAKE IT, without really giving any thought to that tiny little tug I was feeling. The one that was saying “ehhhhh I dunno….”. I listened to my head (“I have to prove that I’ve made it!”) instead of my gut (“this isn’t what you actually want”).

My husband felt the same, but didn’t say anything, trying to do what he thought would make me happy.

Living in this house makes me feel important. THAT’S the real reason I said yes, which is embarassing to admit, but it’s the truth. I said yes to this house because I thought that OTHER people would think I was important and special because I lived in it.

What I’ve come to realize is that my soul said NO, but my ego said YES.

And my ego won.

About 3 months into living here, I knew we weren’t going to stay past the 1-year lease. I stopped decorating. I stopped un-packing boxes. I stopped planning to make this house a home, and so it’s never really felt like one.

I was talking to a friend last week about why we were moving and I simply said “it’s not where I’m meant to be.. it doesn’t feel like home“. And the sad truth is that it never really has.

The house is 8,000 square-feet and is so big we only use about 1/3 of it (if that). Most of the rooms are completely empty and are closed off so that no one goes into them to “mess them up” (WHAT they’d be messing up, I have no idea…).

We never even bought a couch for our living room because we knew we’d be moving again and yet didn’t know the measurements of the new living room.

And did I mention how much of a bitch it is to clean an 8,000 square-foot home? I have someone clean the house 3x a week and that’s still not enough.

There are areas in this house I have maybe set foot in once. I am always cleaning cobwebs because the spiders get more action in here than we do.

I realized early on into living here that living in a castle is over-rated.

I don’t actually LIKE living in a big house. I want a cozy little home that feels warm and inviting, not cold and sterile. And I’ve finally reached the point in my life where I don’t give a fuck what people think of me if I live in a “small” house (not that the house we’re moving to is small - it’s around 3,500 square-feet, so we’ve got plenty of space without it being overwhelmingly large).

Caring what people think of me has always been something that I’ve struggled with. I want to be liked so bad that I’ll sometimes jeporadize my own happiness in order to feel that way. I wish I could say “but no more of that!”… but that would be a lie, because I’m human AF and I will totally do something like this again. Just hopefully not to the same extent. 🙂

I’m grateful for this year-long experience and all that I learned from it.

Now, I’m ready to let go, surrender, and fully embrace what’s to come. Moving day can’t arrive soon enough! I’m so excited for this new journey of leaning more and more into ME and what it is I TRULY want and need to be happy.