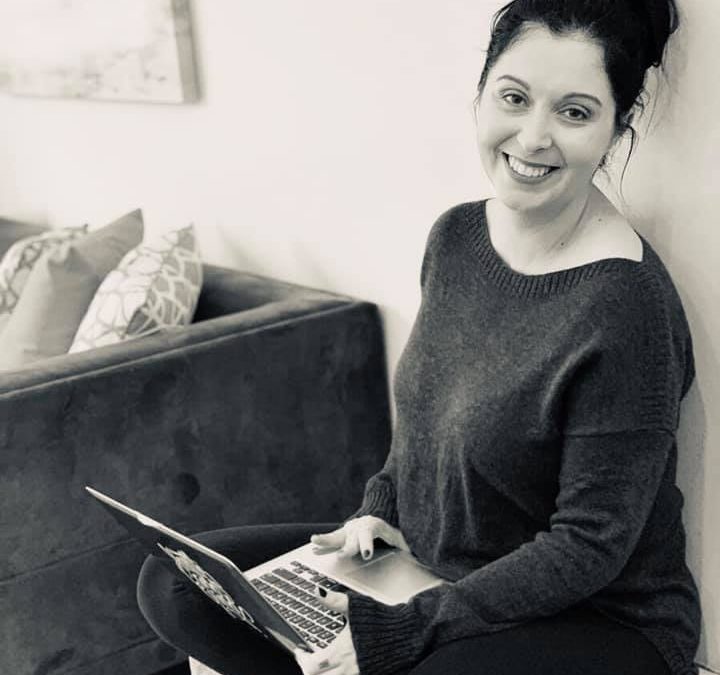 Not sales. But CASH.

That’s how much I made in less than 2 years from my business.

My “itty-bitty” little coaching business that “won’t go anywhere”, according to the many people I sought support from.

Of course, there was some skill involved in making that amount of money in such a short period of time. I kind of needed to know about marketing and sales. Luckily I had over a decade of experience there.

But other than knowing my shit about marketing & sales, I didn’t know much of anything in the “coaching world”.

I didn’t know what an “ideal client avatar” was

I didn’t know anything about the coaching industry

I didn’t know how to sell CONSISTENTLY

I didn’t know how to write (or so I thought)

But what I did know?

I KNOW how powerful it is

I KNOW how huge it is

I KNOW how much of an impact it can have

I KNOW that it can, in all seriousness, change your life forever

In my last online business, I grew my Facebook page to over 40,000 likes, with minimal advertising.

Those social media accounts! In fact, I don’t think I really ever sent many sales emails or anything like that!

And that’s EXACTLY how I run my coaching business now. Except I’ve been able to make WAY more money with this business because I’ve been consistent with my social media strategy, my visibility, my content creation and of course –

It pains me to see people show up on social media RANDOMLY, when they FEEL like it, when they have something PROFOUND to say. It pains me because I know how much money they’re leaving on the table. Because I know that with just a few simple tweaks, they would be SO much better off!

Because here’s the thing –

Making money online is easy if you learn how to master your visibility on social media. REALLY fucking easy.

That’s EXACTLY what I do all day and that’s what will turn my business into a million-dollar business in 2020. Showing up, being visible, speaking my mind (content) and selling.

ALL on social media.

I mean, yeah, I will also sell via my email list and be visible there, but I’ll be spending the majority of my time on social media. Why? Because THAT’S where the money is. Don’t believe the hype around “the money is in the list”, because although - YES - there IS money in the list, if you want to make A LOT of money, and you want to make it FAST, you need to focus on social media.

I thought a blog post and an email once a week was good. I’ve since learned that the more content I produce, the more money I make. So - more content it is!

And at first I struggled. “I don’t know what to say!” and “What if people think I’m annoying?” were big concerns for me. I was terrified that if I posted on Facebook 5x per day, people would think I was desperate and annoying, and in addition to that, I had NO idea what the hell I was going to even SAY that much.

Becoming a “content machine” seemed impossible. But I did it anyway. And I’ve learned that the #1 way to create content is to stop thinking about it as “content” (which in my mind always translated to “how-to” style posts & emails), and instead think of it as me just saying whatever comes to mind, whether it’s related to what I do or not.

And THAT is when the flood gates opened. Now I create content all day long and it doesn’t even feel like work to me, it just feels like me getting all the thoughts out of my head and sharing them with the world.. because that’s exactly what I’m doing!

What freaked me out the most when I first got into the coaching business is how much I would see other people flat out ask for money.

They were selling something every day, sometimes multiple times a day. In addition to their Facebook ads, their emails and even spotting their books when I was at the bookstore, I was thinking “damn, that chick is persistent!”, and do you know what happened next?

I started buying from them! A lot of the time I didn’t even know what I was buying exactly, but I knew I liked them and how persistent they were, I believed in their message (that they hit me over the head with all day long!) and I felt like I could learn a lot from them. And at some point it just hit me –

“I am buying from them because they’re always selling something. So there’s always something for me to buy!”

It was a big AH-HA moment for me, and from then on, I started to sell more often. At first it was a few times a week instead of every couple of weeks. Then it was every day. Now I’m selling ALL DAY LONG via social media (and other avenues) and that’s what really sky-rocketed my income. I ended up DOUBLING my income from the previous year.

There is no doubt in my mind that had I not committed to becoming a content machine, selling and being super visible all over social media, I would not be where I am today. I would not be making money as quickly, and as easily, as I do now.

I would not be getting paid to simply show up, say what’s on my mind, and just BE ME, if it weren’t for me being a strong presence on social media.

If you have goals of making more money in your business this year, you need to focus on DOMINATING social media in a big way.

You need to go ALL IN and make this your #1 priority because that’s what’s required.

Posting a few times on Facebook a few times per week, or even every day, is just NOT ENOUGH. You need to do more.

YES, it will take time.

YES, you probably won’t feel like it a lot of the time.

YES, there are a million other things you could be doing instead.

But do you know what’s more important than this?

If you’re gonna spend a lot of time on something, you damn well better believe it’s better to spend your time on THIS, than on anything else. Because this? Creating content and dominating social media? THIS is what makes you money. THIS is what positions you as the expert. THIS is what can, and will, change your life forever.

Just focus on creating content and showing up ALL DAY. Everything else will come naturally after that. Including the clients, the impact and the money.

You really can be, do and have EVERYTHING you want. Take action now!