How To Get Anything You Want 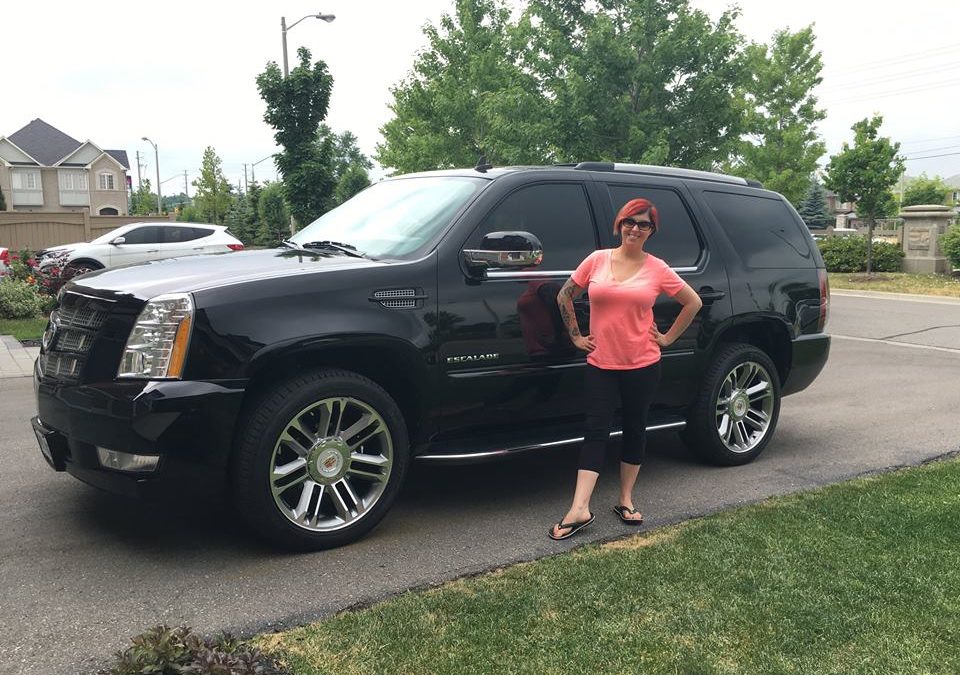 How To Get Anything You Want (This Is How I Manifested A House, A Cadillac, Business Class Travel, And Over $2 Million + Dollars In Cash)

About 8 or so years ago, we bought a house.

Everyone told us not to buy it. It was way over our budget, and we couldn’t afford it, they said (because apparently they knew what our finances looked like - ha!).

We stressed about it, but deep down we KNEW that this was meant to be our home.

The money shit, though.. it was tough. It was hard to get over the cost. We truly DIDN’T have the money. Not without sacrificing something in order to be able to pay for it.

Something made us say yes. It was a pull, a tug, a nudge from the universe to just do it, and everything would work itself out.

It was a big leap - something a lot of people told us we were crazy to do. And we had NO idea how we were gonna pay for this house.

But we trusted our gut and did what we knew was right (even if it looked all kinds of wrong on paper).

After putting in our bid, we got a call from our agent who told us that the owners of the home rejected our offer.

They were so offended by the amount of money we offered (which actually wasn’t far off from the asking price), they didn’t even come back to us with a counter offer.

And then I got mad.

Asked the universe why it would get me so attached to a house, just to take it away from me.

I did something next that changed my freakin’ LIFE:

I refused to be upset about it any longer. I didn’t exactly “move on”, but I detached from the outcome of having the home. And I felt SO MUCH better than had I been upset and frustrated for weeks or even just days!

We continued looking at houses, but none of them quite compared to the one I’d had my heart set on. We kept looking still.

One day, our agent told us that the owners of the home we really wanted, had gone to him and asked if we’d still be interested.

They hadn’t had any other people put a bid on the house and they needed to sell because they had already bought a new home.

The universe was giving me what I wanted!!

We put another bid on the home, and they came back to us at a final price that was higher than we wanted to pay. It wasn’t much higher, but it was high enough that we would have to do some crazy moving around of finances to make it happen.

I tuned into my gut and it said HELL YES GIRL, DO THIS THANG!!

And so - we agreed! The house was ours! OMG OMG OMG! I was so happy.

Once everything was finalized, all of the money stuff worked itself out. We got a loan from my mother-in-law, we hustled to make extra money for the down-payment, and our bills somehow magically worked out to the amount that we could pay.

All of this to say:

Before you have the money.

Before you have the time.

Do what your soul is craving.

Once we said yes to the house, everything changed for the better.

Saying YES to my soul changed my life.

Saying YES to what I really, truly wanted (not what I thought I was “allowed” or “supposed to” have) changed my life.

Saying YES to what felt right changed my life.

It didn’t matter that we “didn’t have the money”. The money found US, once we said YES to our souls desires.

This is just one time where I did something I didn’t think I was able to do and had massive success with it.

It also happened when we moved into our next home.

It also happened when I hired my high-level mentor.

It also happened when I bought my dream Cadillac.

It also happened when I flew business class for the first time.

It also happened when I hired people to work on my team.

It happens every single time I say YES to my soul and what it’s craving.

There is an infinite amount of money available to you. It’s waiting for you to take action, to do what your soul is begging you to do, and it’s ready to shower you with an overflow of abundance.

All YOU have to do is practice saying YES to you. Honor your desires. Honor yourself. And leap, now.

You really can be, do and have EVERYTHING you want. Say YES to you and take action now!