10 Things I Learned About Business As A Female Entrepreneur 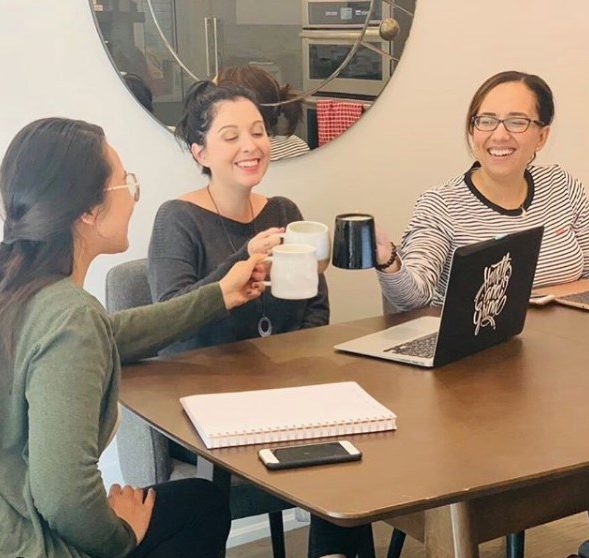 I’ve been running my own businesses ever since I was 18. I quit my job at a local coffee shop and swapped my apron for comfy pajamas and got to work doing what I actually wanted to do and not what someone else asked of me.

Over the last 15, I’ve had multiple businesses. Many of them were failures. Some were successes. In the process, I learned a lot about myself, and the business world in general.

Don’t expect people to understand when you tell them you’re quitting your job to start your own business. Don’t bother telling them you’re going to work from home, doing your own thing, and making damn good money doing it. They won’t understand, and will likely roll their eyes at you when you aren’t looking. This is totally normal and to be expected.

You will have lots of grand ideas, many of which will fail.

Failure is a part of life, and even more so for the everyday entrepreneur. The thing about entrepreneurs is that their brain is always on. They’re always thinking of the “next big thing” and how they could turn that “thing” into a real, thriving business. As an entrepreneur, you are likely to fail A LOT. You will have failed strategies, failed businesses, and failed relationships. Again — normal.

When you fail at a business, this just means you have to try again, because success is right around the corner. So, don’t let the fear of failure stop you from trying what you want to try. Your big idea could be the next big thing. Jump in with both feet!

Men don’t get to have all the fun.

Thankfully, more and more women are starting businesses these days, but the business world is still overrun with men that think women have no business running big companies. But, we are proving them wrong over and over again, so don’t let the thought of a man telling you that “business is for men” keep you from doing your thing.

Ask and you shall receive.

The Universe is your friend. She wants you to succeed — but how are you going to succeed when you don’t tell her what you want? When you actually speak up (yes, say it out loud) and tell the Universe what you want, you’ll find that it comes to you quickly. Whether you want to make more money, start a new business, join a partnership — whatever you desire, the Universe will deliver if you just ask.

While it’s true that a lot of business owners are introverts that don’t enjoy socializing, many successful businesses were built on collaborations — and a lot of those collaborations include introverts. Working with someone else, getting the ability to promote on their platform (and them on yours), is one of the quickest ways to grow your business FAST. If you haven’t considered collaborations before, I highly recommend you do so!

A positive attitude can change everything.

Have you ever woken up “on the wrong side of the bed” and had a really crappy day because of that? Me too. What I’ve learned, though, is that when you disregard those negative feelings right off the bat, and instead switch your thoughts to those that are more positive, your day will greatly improve. So, even if you don’t want to, or don’t think it’s possible, give it a try. The next time a negative thought pops into your head, replace it with a positive one and watch what happens.

Speak in your own voice.

I’ve witnessed a lot of entrepreneurs fizzle out and die online because they were trying to be someone much different than themselves. They mimicked what other successful entrepreneurs were doing online, only to have that completely backfire on them because it wasn’t true to who they are. So please, speak in your own voice. Don’t be afraid of “doing it wrong” or having people not like you. You can’t please everyone and you don’t get anywhere by copying someone else. Just be you.

You won’t be liked by everyone.

If you think that you can work a certain way that will make everyone like you, think again. There will always be people that don’t like you and don’t agree with what you have to say, both in business and in life. Don’t sweat it. Focus on those that truly matter and care about you.

Smart consistency is the key to success.

Doing the same thing over and over again is not necessarily going to lead to success, but it WILL lead you to success if it’s smart consistency. Don’t just do things repeatedly thinking that eventually they will get you results. Track what’s working and what isn’t working in your business. Once you’ve determined what is getting you the best results, that’s where you need to focus on consistency.

An entrepreneur’s life has many ups and downs (more ups than downs, though, usually!), and it’s a great life to live! One thing I’ve noticed in the last 10 years, is that you never really know exactly what’s going to happen next.

And that’s kind of the best part.