A letter to you 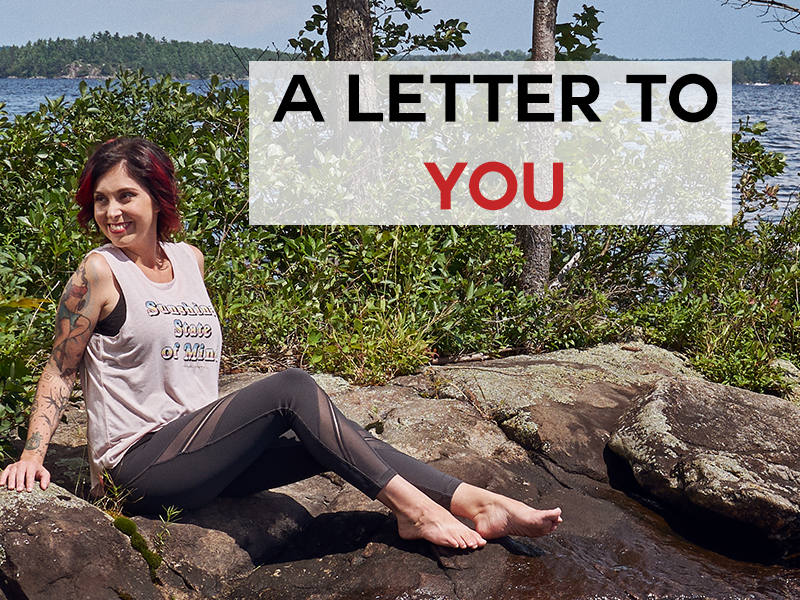 This morning was one of those mornings where I felt like I was alone.

I was just alone.

After I dropped the kids off from school, I sat there in my truck for awhile and just checked in with myself.

I sighed a long sigh and drove home. Watched the Canadian hockey team lose to Germany in the Olympics. Another long sigh.

And then I felt pulled to start planning a menu. I haven’t planned a menu in ages; I’ve been just throwing random things together and also getting meals delivered to my home.

Planning this all out got me SO excited I had to run to the store straight away.

Off I go to load up on veggies, coconut milk, nachos, berries, and OF COURSE more kombucha. #addict

Drove home and cranked the music on my playlist. Pulled over and sang really fucking loud until I felt my soul ignite.

When I finally made it home, I whipped up a giant bowl of vegan mac and cheese, and ate way too much while watching the new season of Rectify on Netflix.

Then I reserved a table at a new vegan restaurant downtown for tonight, booked 2 nights away at Four Seasons for next month just because I wanted to, AND booked a fucking INCREDIBLE suite at The Shangri-La for The Relentless Entrepreneur event in April.

HELL TO THE YES.

The next time you’re feeling a bit “blah”, not sure what you should do, and the universe is clearly taking a nap and is unavailable to guide you, here’s what you need to do:

Whatever you feel CALLED to. That might be to re-organize your pantry (doing that after this post and I am not ashamed to admit that I’m excited about it), or to have a nap, or to go to Starbucks and buy a Venti Coconut Milk Latte that’s 5 million calories.

Sometimes what you’re meant to do is lie down and stare at the sky and figure out what shapes you see the clouds making.

In which case, that’s what you need to do. That could be the moment you come up with your next big idea.

Or it could fill you with so much JOY that you can’t help but show up in a joyful way and start attracting more joyful people and experiences in your life.

Either way, it’s what you need to do.

Now, if you’ll excuse me, I have a pantry that unfortunately won’t organize itself. I’ll crank up that playlist again and make it a motherfucking pantry party. And it will be BLISS.