Choose to let it all go, to be free, once and for all, and to truly feel ABUNDANT in all ways 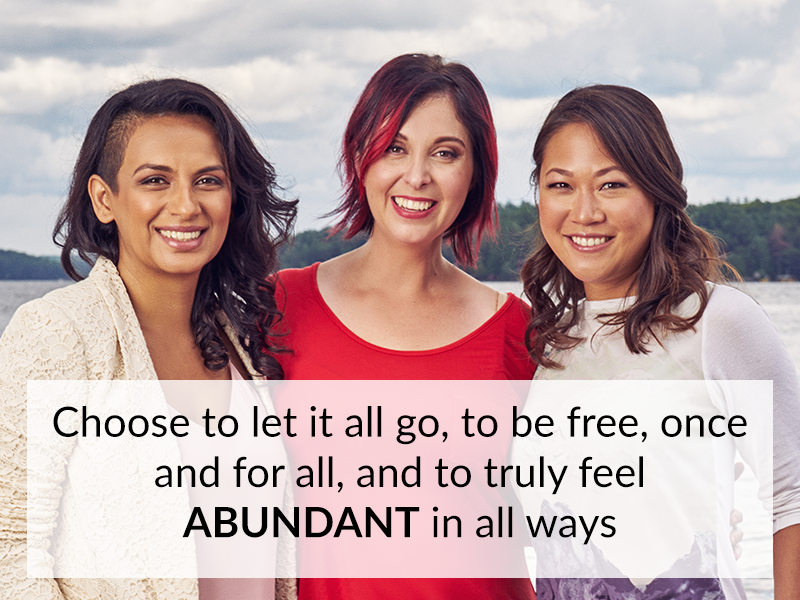 It’s a pretty cool feeling when you get an unexpected $2,000+ bill and you don’t freak out.

In fact, you say ”oh, that’s it?” and pay it straight away without flinching.

Ahh how much things have changed in the last 3 years!

I remember being so fucking SCARED of money. Terrified to let it go.

The fear of spending money (even on things I needed, like groceries and gas in the car) had me in a chokehold ALL of the time.

And when an unexpected bill came in the mail? I just about lost my shit.

The panic and the anxiety would be so strong that I started getting heart palpitations and periods where I’d struggle to breathe.

Any time I’d receive money, I would feel scared to spend it. I tried to hoard it, thinking that if I just had some money stashed away, I would feel better.

Until the next unexpected bill came in the mail.

The problem was that I had deep-rooted money issues to solve. I didn’t realize this until I started working with a mentor who pointed it out to me.

Not only that, but I had all kinds of fucked up thoughts about money.

All of this contributed to my poor relationship with money. I resented money. It’s no wonder I could never earn more, and why I definitely couldn’t ever hold on to it!

Learning about “money mindset” and how to transform mine wasn’t easy. I thought it was stupid. A waste of time. Something that only “weird” people did.

Until one day I had no other option but to try it. I was neck-deep in debt, no savings, bills coming out the ass, and an income that was like a freakin’ yo-yo… I was willing to try anything at that point!

I did it all. And IT WORKED.

I started to make more and more money, I paid off all of my debt, I accumulated savings, I took care of my bills as soon as I received them… everything was getting better.

I still work on my money every day. In fact, I spend at least 30 minutes a day on money work.

This includes things like income & expense tracking, intention setting, dealing with mindset issues around money, wealth creation, and some more.

Because this is the most important work you can do. Giving money a voice, giving yourself to it, even for a short while, being deep IN IT, will change the money game for you.

If you commit to taking this time to do your money work, your money situation will improve. Even if it’s pretty awesome right now - it will continue to get BETTER AND BETTER.

Money is a muscle that needs to be worked every single day.

Do the work that works. This is it.