I Used To Think That My Opinion Didn’t Matter 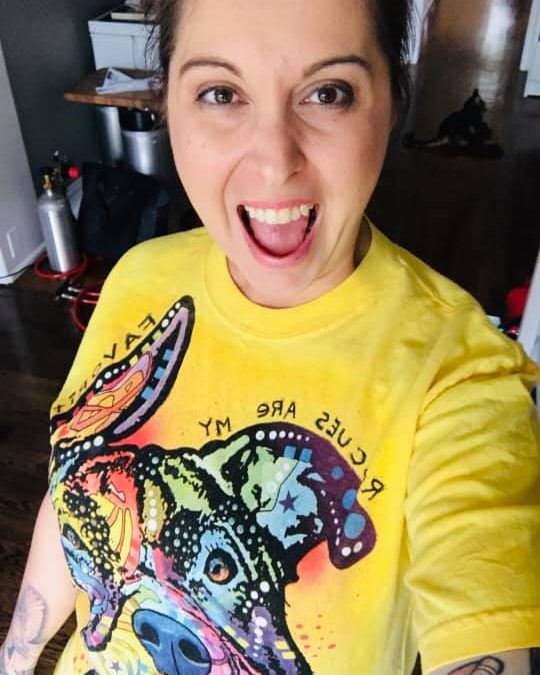 I used to think that my opinion didn’t matter. That I should shut up and let the “smart people” who knew better do the talking.

I would hide in the back of the room at school, at work, at family events –

Anywhere there was a crowd, really –

And I would keep my mouth shut.

If someone asked me for my opinion, I would say whatever I thought they wanted me to say, because I didn’t want to be singled out for being “different”.

In all honesty, I was scared to share what I REALLY thought about what was being talked about.

I didn’t want anyone to see me as an outsider because I had a different opinion than everyone else (which I usually did), so I followed the crowd and said what I thought I “should” say.

And yeah, people liked me (probably because they thought I was exactly like them and felt the same way as they did about certain issues), but I always felt out of place in those relationships.

Have you ever had that feeling of disgustingness when you agreed to something you didn’t actually wanna agree to?

When someone said something, looked over at you, and asked “right?”, seeking some kind of confirmation that they are correct, and you nodded your head and agreed, even though you felt differently?

I did that shit all of the time.

I really didn’t like it when someone didn’t like me. It would make me all kinds of upset and I just wanted to do whatever I needed to do to make them like me.

Like the time I smoked cigarettes in middle school so that the popular girls would let me hang out with them.

Except every time I would take a drag, I would cough like crazy (though I tried my hardest to “hide it”) and wonder if it was even worth it.

I grew up around family members that smoked and it was such a disgusting habit that I had witnessed them partake in; constantly coughing and spitting up nasty crap, stinking up the house, not to mention spending a fortune basically to give themselves lung cancer.

I remember saying to myself that I would never do that.

I was only cool for about a week, and then I said “fuck this shit” and left those stuck-up bitches behind.

I learned way back when that I didn’t care to be popular. I didn’t WANT to be normal; just like everybody else.

I wanted to be me.

I wanted to do and say what I thought was right.

I wanted to be my own person.

And so I just chose it. I chose to be me and to love and honour my beliefs and my values.

I’ve grown accustomed to getting into heated discussions/arguments with other people who think differently than me, because I’m stubborn AF and believe that my way is the right way.

The truth is, I think, act, and believe differently than most people.

You probably have big dreams and a bunch of people telling you to be more realistic.

You probably fully back yourself and invest most of your time and money into whatever it is you’re doing at the time, all the while, hearing warnings that you’re being “crazy” and “irresponsible”.

I know. I deal with that shit all of the time. I’m just so used to it now that I rarely even notice it and those people don’t have any kind of effect on me.

The thing about people like US, is that we don’t really give a fuck what people think about who we are and what we wanna do.

Sure, deep down, we want everyone to like us, but we know that’s impossible and so we don’t even try. We just do our own thing and give the middle finger to anyone who tries to slow us down or get in our way.

We don’t listen to the naysayers.

We don’t trust the word of someone who tells us that our dreams are impossible.

We don’t pay any attention to those that try to tear us down.

We just show up, every day, be US, and laugh in the face of mediocrity.

HELL TO THE NAH. Not happenin’.

Regardless of what we think, what we believe, what we do –

There will always be people who think, believe, and do different.

Do not waver from who you really are.

And you are so fucking worthy of all that you desire.

Never let the haters get you down.

You really can be, do and have EVERYTHING you want. Say YES to you and take action now!